“It sucks being really good for so long and feeling like I forgot how to play.

“We are just that good”

That revered masterpiece, Medinah, stretching to nearly 7,600 yards was brought to its knees by today’s new breed of bombers as the course record was hammered again and again. The winner, Justin Thomas, remarked that given a soft golf course, length becomes irrelevant. The fairways become twice as big, and they can get it up and down from nearly anywhere, so it’s bombs away! Imagine your name is Hideki Matsuyama and you managed to shoot two 63’s during the week and didn’t win, actually didn’t finish second. Justin Thomas lowered that mark in the third round with a sublime round of 61 to put himself in prime position for the Tour Championship at East Lake  and the $15 million dollar first prize. Thomas missed part of the season through injury but had been “trending well” and knew it was only time before he hit the winners circle again. That he picked a FedEx Cup event was indeed fortuitous.

Tales of woe  were plentiful with the Champion Golfer of the Year, Shane Lowry, just missing out after a spirited final round of 69. He finished in 33rd place. The rewards for making the final thirty players are immense, aside from the money aspect. Invites to the four Majors, the four WGC events, limited invitational events such as the Memorial. With no cut line in some events, the potential for gaining “easy”  FedEx Cup points is real. Spare a thought for J.T. Poston, his hotel was struck by lightning, went on fire, and he had to walk to the course. He spent the day hovering around the 28/29 mark, but a bogey on his final hole dropped him outside the elusive final 30 players. Even a win a couple of weeks ago at the Wyndham Championship won’t soften that blow.

Viktor Hovland will be happy with his start to Tour School. Tied 11th in the first event of three gives him a nice platform where consistency is key. Three events on three different courses mean the luck element is diminished significantly. The final 25 players to receive PGA Tour cards will have played 213 holes of golf, with the results of all three tournaments added together to determine the winners. Viktor opened with a 64 and has already proven that he can go low, but steady is the ship that will win this race. He just has to avoid disasters from here to qualify for next years PGA Tour. Not so good news for our own Seamus Power  who failed to make the cut. He now needs two positive results in the final two tournaments if he wants to regain his card for next season.

Andy Ogletree, a 21-year-old from Georgia Tech won the 119th U.S Amateur Championship at the famed Pinehurst Golf & Country club with what seemed like the most unlikely victory as his opponent John Augenstein raced to a four-hole lead after just five holes. Ogletree never led until the 32nd hole, winning four of the last seven holes to complete the most unlikely comeback. It was one of the largest comebacks in the history of the event, and Andy made just two bogeys over the 35 holes of the final.

“I showed a lot of resilience out there and never gave up,” said Ogletree, who was playing in his fifth USGA championship. “I kept telling myself I’m going to win this championship, and just always believed that.”

“That was a major goal, obviously, as I’ve voiced all this week. You know, that’s going to be a dream come true. It’s going to be awesome. I can’t wait. I was always kind of trending in the right direction, but there’s a difference in trending and then actually doing it, and this week I was able to actually kind of put it together.” John Augenstein.

And finally, the dark side of golf.

Smylie Kaufman, the man that used to hang out with the guys on spring break in the Bahamas, continues to struggle. As good friend, Justin Thomas wins a FedEx Cup event this week, Smylie was competing at the Korn Ferry Tour school. He finished dead last shooting twenty over par. This would be akin to your weekend hacker shooting 200. A winner on only his fifth start on tour when he shot a sizzling final round of 61 to win the 2016 Shriners Hospital for Children Open, he has been plagued by injuries and a loss of confidence.

“I never had to fight for my card before,” he said. “I overdid it. I was trying too hard, which is easy to do. You always run into the same guys on Wednesday afternoon on the range, and you almost never see those guys play well.” 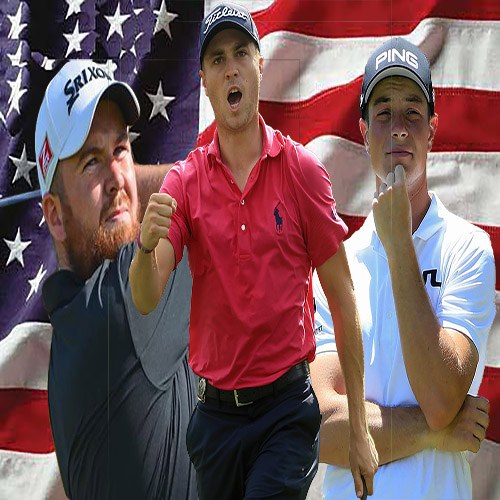