“2020 looks like being a remarkable year for golf with so many players showing form as we head for the Majors. Can the new world #1 finally lay the ghost of Magnolia Lane to rest and complete his career Grand Slam? 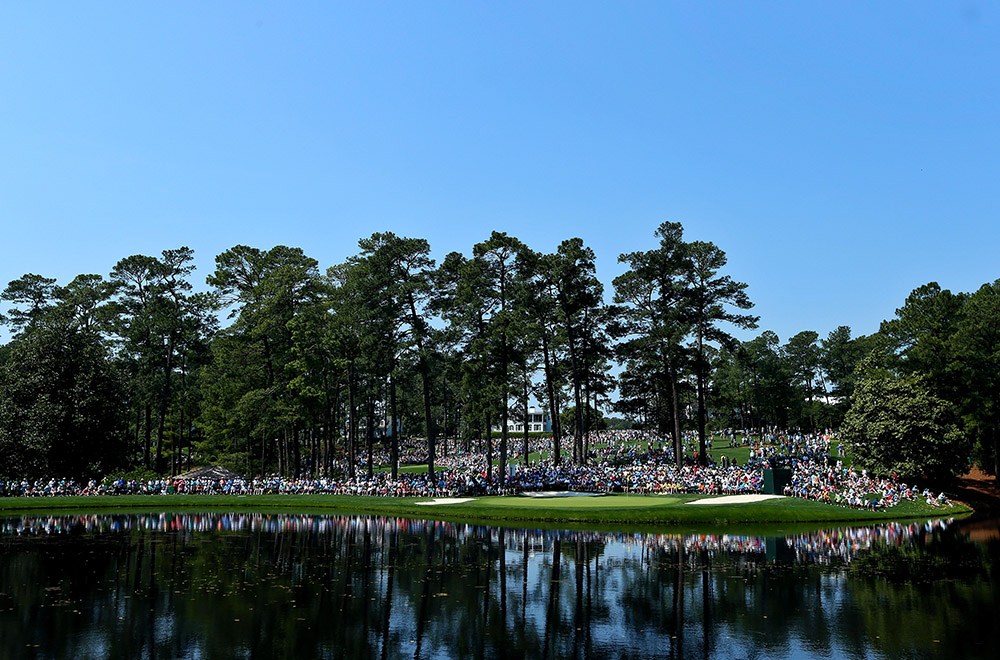 One for the Road.

When April falls every year, it is that time to savor the start of the golf season proper. The Masters is the opening salvo in what promises to be a fascinating year for golf, and this year’s renewal is no different, with Rory McIlroy chasing that very exclusive company of golfers who have completed the career Grand Slam. Further changes have been made to the course, with the par-five 13th lengthened with a new back tee, along with some rumored changes to the 4th green. Who knows? Everything is a secret at Augusta National, and that’s what adds to the mystique of the place! This is one of the most unique courses in the world where the tournament officials can literally set the course up to determine the scoring on the day. Having been lucky enough to play it, I can confirm it is without a doubt one of the best golf courses on the planet.

I have long been a fan of Justin Thomas and think he could win here in 2020. His progression around Augusta has been slow but steady. In 2017 he finished tied 22nd, 2018, tied 17th and in 2019 tied 12th. His opening rounds have held him back from contending, being over par every time, if he gets a hot start, he has the game to win here. My second choice would be most people’s first choice, Rory McIlroy. He is in a great place right now, back to world number one, and seems very much at peace with his game and life. He has a tendency to throw in a bad hole/round every now and then, as witnessed in the final round of the Genesis Invitational but he won’t get a better chance to win at Augusta and complete his career grand slam.

There are more contenders this year than ever before, which makes it a bookmakers’ dream! Jon Rahm tops the list with two top tens in the last couple of years and currently playing great golf. The Race to Dubai winner has everything needed to win here; temperament will be key as this course can make you look silly. The forgotten man of golf, Dustin Johnson has been playing some stellar stuff of late, and his record is second to none around Augusta, he “top tens” every time he plays and finished in a tie for 2nd last year. Finally, Xander Schauffele could be anything. He also tied for second last year and seems to have an incredibly solid game. If it plays tough in April, he will be there on the back-nine Sunday!

No mention of Tiger Woods! Counting Tiger out is like backing Ricky Fowler all the time, futile! Brooks Koepka looks like he is staring down the barrel of a gun as rumors of a damaged knee have been confirmed. Injuries are hard to get over when the sport you are playing is a rotational sport that requires that knee to stabilize a 120mph swing! I for one will not be backing him in any of the Majors this year. Jordon Speith is undoubtedly playing better but I can’t have him here with so many good players in form. One thing is for sure; excitement is guaranteed Sunday afternoon down the stretch at Augusta National! 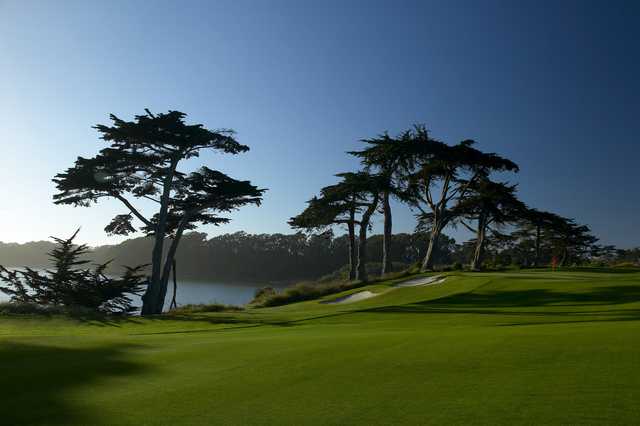 Harding Park is this year’s venue for the PGA Championship and this public course in San Francesco will present a stern test with advanced reports pointing to narrow fairways around this tree-lined layout. Straight and long seems to be the formula for Major success around these type of layouts, the weather and pin placements will determine the score. It hosted a world golf championship event in 2015 (matchplay) which was won by one…Rory McIlroy!

If Rory wins the first Major, he could win all four. The courses this year are certainly tough enough which will mean it is unlikely that someone will putt their way to victory. Assuming he turns up at Augusta and performs you would be foolish not to back him in every Major this year. He beat Gary Woodland in the final in 2015 who he is a much-improved player having won the US Open last year but I will skip over him in favor of Louis Oosthuizen who looks to be back on track and played well here in 2015.

That man Dustin Johnson again! I think he will pop up to win a Major in 2020. Collin Morikawa who is a redraw rookie on tour having just gained his tour card in 2019 and could surprise this year at one of the Majors. He has a fabulous swing and iron play is his forte! Furthermore, I expect him to make the US Ryder Cup team later this year at Whistling Straits.

Tony Finau who is everyone’s favorite golfer will be a hot topic for this and the U.S Open but I worry about his ability to finish the job. He certainly didn’t choke in Phoenix earlier in the year but made some poor course management choices down the stretch to allow Webb Simpson to pick his pocket! I hope I am wrong as there would be no more popular winner than Tony. Bryson DeChambeau will be another popular choice but again I just don’t fancy him for no better reason than I didn’t think Tiger Woods would win the Masters in 2019.  See how that worked out! 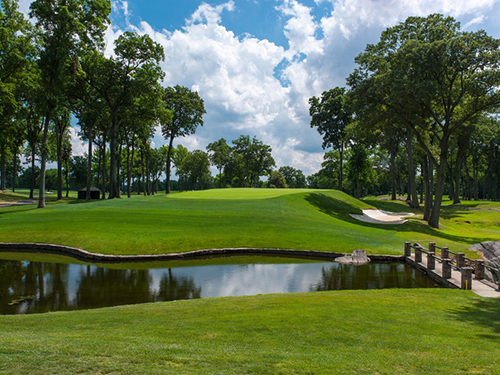 When actor Don Cheadle turns up with a promo video for the U.S Open promising “blood sweat and tears,” I think we can assume that this year’s venue, Winged Foot, will play appropriately. The A. W. Tillinghast design needs no beefing up and of the five U.S Opens played here previously, four have had over par winning scores! Expect only the toughest competitors to survive. Watch out for players that performed well at the PGA Championship at Harding Park. It will be set up narrow with deep rough and will give clues as to who is driving the ball well but ultimately you will need a solid putter on your side as Tillinghast greens are dastardly!

Step up John Rahm, he is a talent that seems to like tough golf courses and finished tied 3rd last year. Xander Schauffele is my second choice. I feel he has the rock-solid game to perform around a tough track like this.

I will take a flyer on a player who still has to qualify for the event, Viktor Hovland. Below are his stats from last year and it is also reported that his putting prowess in a recent visit to Ping headquarters was the best they had seen. One thing is for sure, nothing short of excellence on the greens will suffice around Winged Foot. Keep an eye on Danny Willett, he is back playing good golf and relishes a tough tree-lined test!

Fool me once, I just can’t have Rickie Fowler. There is no doubt that there is an X factor involved in winning a Major and he doesn’t seem to have it. The defending champion, Gary Woodland will find it tough to repeat, history is against him. 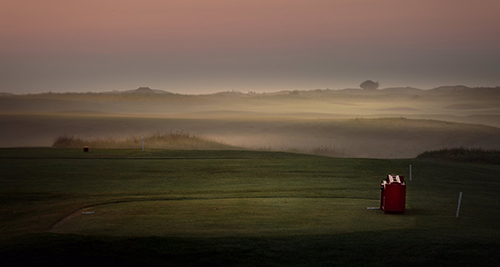 Royal St Georges is the venue for the 2020 event and what an iconic course with some historic winners. It also has brought some misery to players who had the trophy in one hand only to flirt with the cavernous bunkers! Low scores are possible if you can stay on the short grass, and it is not a course you can overpower unless your name happened to be Greg Norman back in 1993.

Tommy Fleetwood is my first choice for this year’s Open Championship. He ran into an inspired Shane Lowry last year and is a fine links player. He had a tied 12th the year before at Carnoustie and has an excellent chance on a course that demands quality striking. Dustin Johnson is my second choice as he has previous form here back in 2011.

Sergio Garica has been in fine form and loves links golf. Sometimes your name is just written on the cup! Louis Oosthuizen is my second choice. The former champion, (St Andrews in 2010,) will pop up somewhere this year on a Major layout. Adam Scott with two wins in the last couple of months will fancy his chances of contending in a Major this year. Augusta and Royal St Georges seem like the most likely targets but his win at Riviera was achieved on an extremely tough track.

Phil Mickelson will be a popular choice, but “hitting bombs” around Royal St Georges had better be straight bombs as this is a golf course that has to be played from the fairway! Last and possibly the best chance for Tiger Woods to win a Major in 2020, but even though he is swinging it better than ever, it’s hard to compete on a limited schedule.