“ Swing Myths examines some of the preconceived ideas foisted on a gullible golfing public by social media golf gurus. Voodoo magic for the ages! 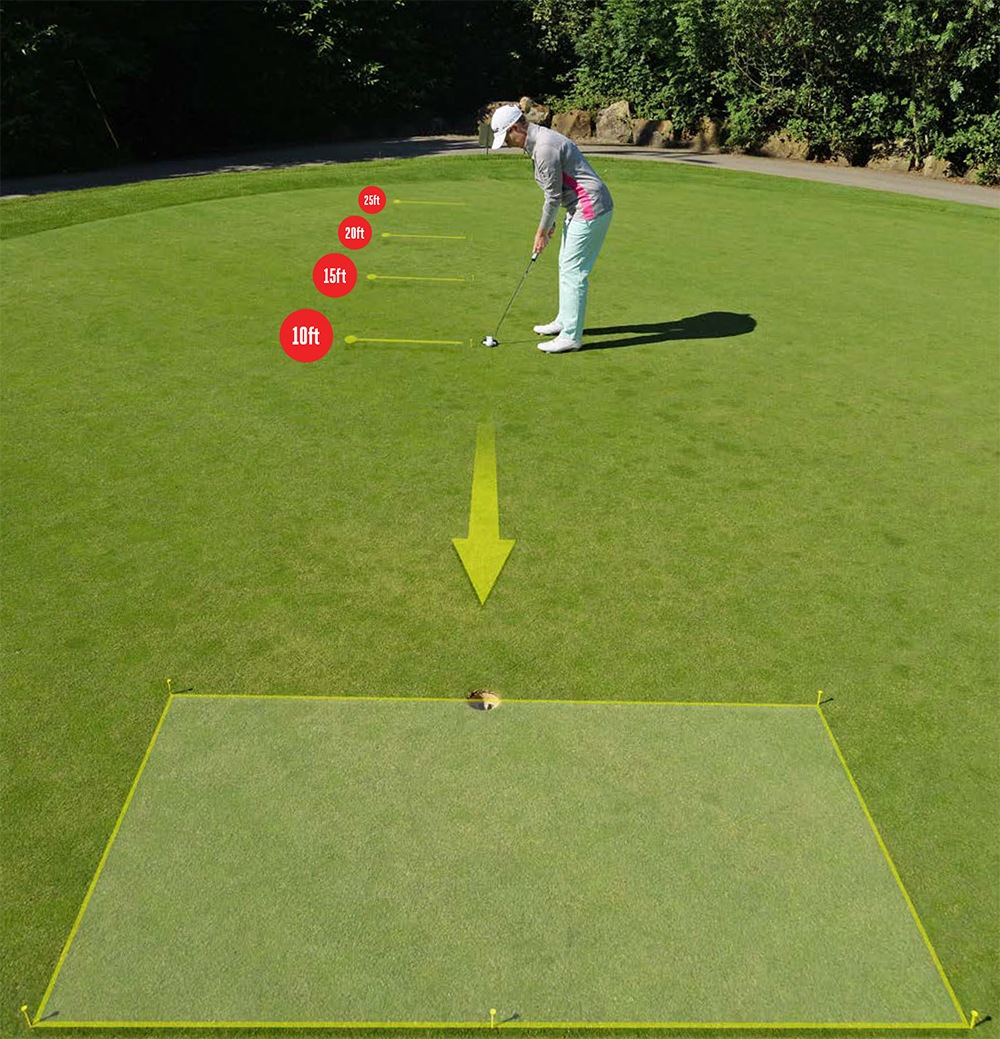 “you should always be trying to hole every putt?“

Swing Myths this week comes from the world of putting. How many times have you heard, “you should always be trying to hole every putt.” This has to be up there with some of the greatest rubbish statements foisted upon a gullible golfing public. Ask yourself this morning as you ponder your golf over the weekend, how many times did you three putt? While we are at it, when is the last time you played a round of golf without a three-putt? I am constantly amazed at how many clients tell me that they can’t remember the last time they played a round of golf without a three-putt.

“blurring the lines between professional and amateur golf“

This is where we blur the lines between the professional game and our weekend warriors. Let me explain, professional golfers, are engaged in a game called SPRINT, in this modern version of golf they are trying to hole everything, including chips, pitches and bunker shots. Moving day on a Saturday doesn’t exist anymore… moving day has moved… to the first tee on a Thursday.

Jon Rahm picked up a cool million dollars plus for winning the Irish Open while 20-year-old golfing sensation Matthew Wolff in only his third start on Tour picked up another cool million dollars plus for winning on the PGA Tour! His long-range putt on the 18th hole clattered the flag, but he was accepting the lengthy return putt as holing the putt gave him a two-year exemption, an invite to the Masters and PGA Championships and Fed Ex Cup entry! This is the difference between professionals and amateurs when it comes to long range putting. Pros have access to the latest technology like Capto to monitor and perfect their mechanical stroke. They practice relentlessly to improve the strike and pace of their putts so that instead of painting by joining the dots as amateurs are doing, they now have the ability to paint like Picasso. 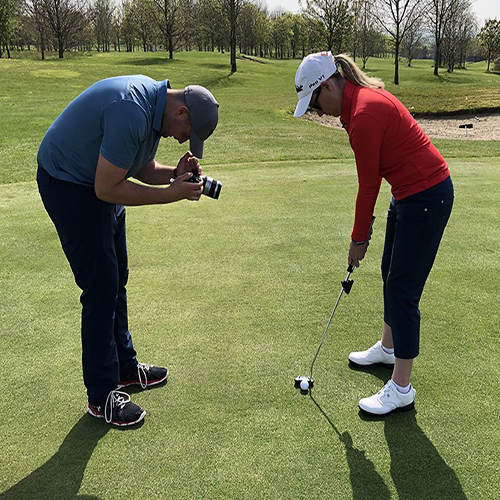 It’s a numbers game; professional players now know that if they play ten events, missing the cut in nine tournaments and winning just once is way preferable to ten top ten places, especially for access to future tournaments and world ranking points. So, it is to their advantage to try and hole everything they look at. If they go six feet by from thirty feet, they are prepared for that and practice accordingly. It’s just a matter of wait your turn if you are playing well on Tour.

Amateur players, by definition, just do not have the ability to putt this well or fearlessly. They think that putting from 30 feet is the same as putting from 4 feet, it is a different skill set. Putting from long range is a skill that needs to be learned, it encompasses green reading, visualization, center strike, understanding pace and how it affects the first half of a long putt compared to the second half. Putting to the “Apex” of the line, (most clients ask me if  “apex” is the latest set of irons from Callaway!), finally the ability to see a putt as curved (as in shot tracer) but to realize every putt must be putted in a straight line. As you can see there is a lot to learn about long range putting, and it takes practice.

Most amateurs answer to this is a few four footers before they tee off and then wonder why they can’t remember the last round of golf they played without a three-putt. Can you remember that round? The first port of call for any amateur player is not three-putting from reasonable distances. 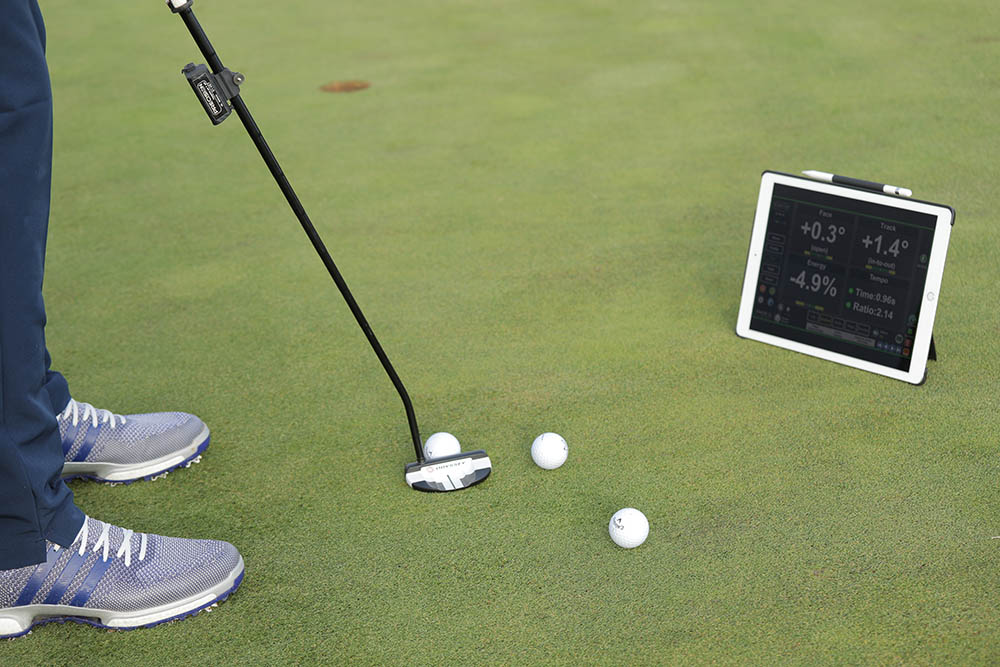 Let’s look at the stats for putting from 25 feet plus for the last three seasons from the PGA Tour.

The first thing you should notice is how eerily consistent the percentages are over the three seasons. Professional players at the top end of the game rarely three-putt. (That’s one of the reasons they are at the top)

Ok, I hear you say but how many long range putts do they hole? Again, you will be amazed at the stats as you sit there on a Sunday evening watching golfers hole putts from everywhere including from North Vietnam, (it’s the TV producer managing the highlights!)

“less than one in ten“

So, in simple terms, the best putters in the world on the best greens have holed less than one in ten putts from 25 feet plus on the PGA Tour over the last three seasons.

Finally, consider this scenario, and I hear this story all the time. Peter is sitting at the bar after his round and you ask him how he played today. “I played great, never hit the ball as well, if I could only putt, I would have broken 70.” He then proceeds to go through his round, he hit 12 greens in regulation and two-putted every one of them, 24 putts! Of the six greens he missed, he got up and down four times for another 4 putts and finally, he chipped and two-putted the other two missed greens for another 4 putts. Total 32 putts and a score of two over par.

You meet Peter a week later at the bar in your clubhouse (Peter seems to spend a lot of time at the bar?) How did you play Peter? “Not great but my short game has improved beyond belief!” Pray tell! Well, I only hit 4 greens in regulation today but I two-putted all four for a total of 8 putts. Of the other 14 missed greens I managed to get up and down an amazing eleven times for another 11 putts (19 putts so far) and finally on the other three missed greens I two-putted each one for another 6 putts giving me a total of 25 putts. Eleven up and downs and 25 putts for a score of three over par.

“Always compare your putts per round to how many greens in regulation you hit.“

Two similar scores but a different attitude. The better you play, the more greens you will hit in regulation, the more 20 foot plus putts you will have, conversely if you miss a lot of greens, then you will tend to be putting from 5 to 15 feet if your short game is on point. Always compare your putts per round to how many greens in regulation you hit. There are plenty of websites to help you calculate what a good total for your handicap range is. This is why they changed how they calculate expert putting on Tour as a percentage of how you did against the field that week.

By the way, putting from 5-15 feet on the PGA Tour is a coin toss, roughly slightly better than 50% over the last three seasons. And you would think pros hole everything. 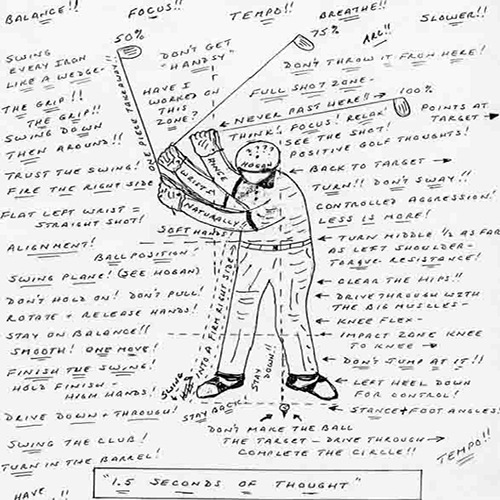