“ There are many layers to the game of golf, starting child-like, embracing the sheer joy and innocence of playing the game for fun, representing your club, your country before the harsh ice-cold reality check of a professional career comes calling but to the chosen few.

I had a client in with me lately who has made steady progress to the stage where she has joined a fashionable golf club in the leafy suburbs of south county Dublin. Her swing has developed to the point of needing no more major surgery and her short game is on point for her handicap level. But one good score later and the repeated praise of her playing partners for her picture postcard swing has driven her to distraction as she tries to deal with the claustrophobic effects of tree-lined fairways and sloping greens.

Welcome to the layer cake that is the game of golf.

I regularly get calls from prospective clients who enthusiastically inform me that they have decided to go all in and sign up for a block of lessons. The conversation follows the predictable well-trodden path of how long they are playing, their handicap level, and what aspects of the game are holding them back. The final question is always “how long will it take me to improve?” When I tell them that the quickest I see is about six months and the average about 18 months, they beat a hasty retreat to seek out the snake oil salesmen that promise them redemption in three easy steps at thirty quid a pop. One prospective client named Gerome even hung up! (I have no idea who Gerome is.)

But I just want to enjoy myself I hear you say?

Ok, and if your definition of enjoying yourself is hacking your way around golf courses, listening to well-meaning friends with the latest swing tips (who unfortunately are clueless about golf), having 47 swing thoughts as you stand over the pitch shot you are about to shank (and nearly decapitating the lady Captain, how embarrassing!), and finally loathing yourself as you three-putt yet again on the 18th green, then those three steps to heaven will definitely work for you. If on the other hand, this doesn’t sound like much fun (and the majority of golfers do this week in and week out) then let’s take a peek at the layers of the cake, what is actually involved in playing golf around a golf course. That first layer from beginner to being reasonably unconsciously conscious when playing golf is chock full of calories.

Mechanics of the golf swing.

What are the actual mechanics needed to play golf? Does one swing fit all? The short answer is no and herein lies one of the biggest problems with learning golf, the diverse nature of the task in hand. Starting from the tee,

(1) A driver shot is entirely different to an iron shot, one (certainly for amateurs) you hit up through impact, the other you hit down (to make the ball go up!) confused yet?

(2) A 50-yard pitch shot is different to an iron shot, the length of backswing and wrist hinge will determine forward momentum and height, at a certain skill level, the follow through will determine the reaction of the ball on landing.

(3) Chipping is a different skill set to pitching; chipping can be broken down into three buckets,

(a) low pitch and run type shot (would you like that with run out, skid or spin sir?),

(b) a medium rainbow type shot and finally

(c) a flop shot (four ways to play this shot sir, (1) old school, no wrist hinge at all, take the club outside the line and use the body to elevate the ball, (2) wrist hinge on the way back, turn through, (3) shallow on the way back and flip through it, an old pitch and putt shot now played by Lydia Ko, and finally (4) a “U” swing, hinge both ways, ala Phil Mickelson.

(4) Bunker shots, six sub-skill sets needed here, being able to hit your spot in the sand is the number one skill required to get the ball out of a bunker. Downhill lies, uphill lies, 50-yard fairway bunker shots, poor lies, and finally how to control distance.

(5) Putting, it’s a whole new world here as the Law of the Pendulum looms large. When I was growing up if you mentioned rotation in a putting stroke you would be denounced as a heretic. It is now a fact, and concentrating on the main rotation of the body (somewhere behind the sternum) and limiting the secondary rotations (hands, shaft, lower body, etc) produces a much better roll rather than worrying about the path and sweet spot. We’ve been looking down all the time instead of up!

So, you can now see the truth, playing golf SWING to a competent level for your body type and the time you have available to practice and play is akin to learning the piano. Easy to learn a few scales, hard to make Carnegie Hall.

But you’re made of stern stuff and plough through this learning curve with aplomb! Next, bringing that picture postcard swing to the golf course. This layer of the cake is, without doubt, frustrating as those laser-like seven irons don’t seem to behave as they should in the confines of a golf course. The first problem is the lie of the ball, you don’t always get a good lie, and for some unknown reason, golf courses are not as flat as a range mat. The second problem, the environment, trees, water, bunkers, hazards, rough, and slopes. Plus the claustrophobic look of most golf courses if you have been brought up on a diet of hitting a ball into a field the size of Croke Park.

The next layer, as we delve deeper, is how to construct a score, the nuances of playing a golf course. The number one skill I think amateurs need when playing a golf course is the ability to be able to aim at and hit to something. You need to have developed a particular shot shape to suit your swing type that allows you to aim at a tree or a bunker off the tee so that you can with reasonable confidence hit to that point knowing that your miss is going to be on one side of the golf course and a well-struck shot will behave in a certain way, draw or fade for example! If you are aiming up the middle of the fairway you have no chance, (unless your name is Brooks Koepka!) Knowing where to pick your battles comes with experience, the ability to take your medicine when you hit a poor shot and just get the ball back in play. Knowing where you want to miss the green with your second shot to leave you the most straightforward chip is a skill set all of its own. Miss the green I hear you say?

Golfers greatly exaggerate and overestimate the number of greens they hit in a round of golf. They fail to pay attention to where the flag is situated on a green and the resulting pearls of missing that green on the wrong side leaving them with an impossible chip (for their skill level.) Finally, putting, the number of golfers who have been brainwashed into thinking every putt is makeable (because Jack Nicklaus said so) is laughable. Ask yourself this question, when was the last time you played a round of golf without a three-putt? I am astonished at the number of golfers who never play a round of golf without a three-putt. It is such a simple thing to fix if you are aware that the greenkeeper cuts the hole on a slope on purpose and you have hit your shot to the wrong side of the hole. You miss the putt and it’s gone down the hill! You must stay on the high side of the hole, especially from distance as the odds of holing are gigantic anyway! The number of golfers who tell me they don’t hole enough 10 to 12 footers, that think they should be holing 7/8 out of ten when tour average is around 50% from the best players in the world on pristine greens! Start with no three-putts first! It’s a skill that can be learned!

Aspiring to a higher level!

Aspiring to go beyond the amateur level is a whole new world of repetition. You know how to hit the shots, it’s becoming unconsciously conscious at doing so is now the trick. As Jack Nicklaus said, “learning to be comfortable in uncomfortable situations.”

Players who get to elite level know the road ahead is long and tedious but they find a way to turn up every day. A famous dance teacher in New York used to get a cab each morning at 4 am to be in the studio for the days work. Once she got into that cab, her morning routine had started, and she was at peace with the battle ahead each and every day. This is the trick at the elite level, the power of compounding as the everyday work builds into hopefully a masterpiece. The problem with golf at this higher level is the barrier to entry. It has been lowered to such an extent that anyone can now get a really nice set of clubs second hand at an affordable price and join a pay and play course. The more people playing golf, the higher the standard becomes, there were over 9,000 entries for the US Open in 2018. Think about that number, for a tournament that only a handful of players can reasonably expect to win.

The final layer of the cake is, without a doubt, delicious if you get there. It is because the game is so challenging to learn that the pleasure of hitting a well-executed shot that behaves just as it should is the dopamine that keeps you coming back for more. I have had business titans, and leaders of industry recount their good rounds of golf to me (or one particular hole or shot!) like a four-year-old riding a bicycle for the first time. The frustration of learning the game is washed away on a sea of satisfaction that will blunt the disappointments of golf for months to come. And that’s why we all keep coming back for more! It’s the ultimate Pandora’s box, golf. 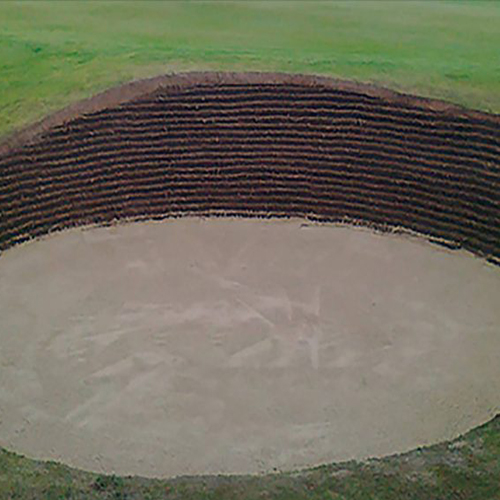