An important event for golf took place last weekend in Orlando, Florida. The Titleist Performance Institute hosted their 7thbiennial World Golf Fitness Summit, and a who’s who of the golf industry turned up to hear about the latest research into, well, how to hit the ball 400 yards, (300 yards is so last year!)

The theme park capital of the world would appear to be the ideal setting for such an outlandish statement until you glance at the first PGA Tour event of the season, the Safeway Open, and see that two newcomers on tour, Luke List and Cameron Champ, both have recorded drives of over 380 yards and List needing an eagle on his final hole to pressure the leaders, unleashed a drive of over 380 yards. (Yes, he made the eagle!) This is the age, the age of power, that we now live in for aspiring players wanting to punch their ticket to the “big show.” 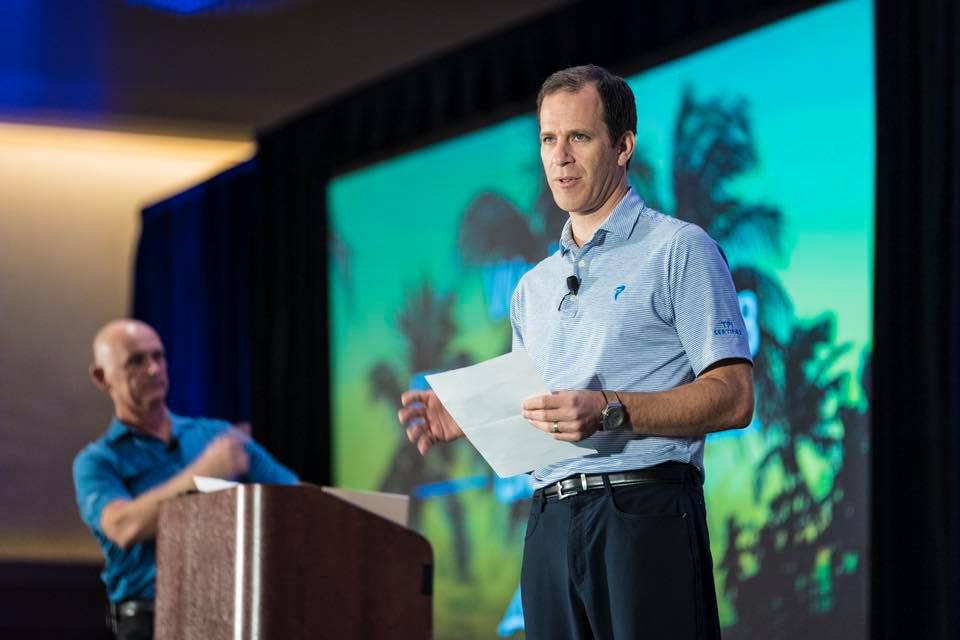 What was very noticeable at the Orlando event this year, was the number of coaches from other rotational sports that attended, put all those great minds together and the result is college kids coming out on Tour that are pushing, no ripping, the envelope.

Dr. Greg Rose (a qualified chiropractor), who played scratch golf as an amateur and Dave Phillips, a constant addition to the Top 100 golf teachers in the States formed TPI in 2003, and it has grown into the leading golf fitness facility in the world. To put this in context, a player advised by a TPI certified expert, has won nineteen of the last twenty Major championships. High accolades indeed for the organization based in Oceanside, CA.

The model they used to achieve this prominence in the golf world was to accumulate the best coaches in golf and other rotational sports. It is testimony to Greg and Dave that they could attract the likes of Tom House, who would be revered in American football circles and baseball as THE man to be coached by and Richard Schmidt (sadly deceased now), who wrote the bible on motor learning, to lecture on behalf of TPI. Nineteen thousand and counting certified students in sixty-three countries says all you need to know about the juggernaut that is TPI.

Having attended two WGFS and met both Tom and Richard, I was struck by the enthusiasm they had for their craft. This infectious trait is everywhere at TPI, and that roller coaster ride doesn’t look like stopping anytime soon.

With technology advances in club and ball, better golf course agronomy and way fitter athletes, this leaves us with the final conundrum of where is golf headed? This is evidenced by the fact that I got a call during the week from one of Ireland’s leading pro’s wanting to know if he and his aspiring tour player could use some of the Harrington Golf Academy equipment to check his footwork, (of course!) It got me thinking again of that gap between the elite player and weekend warrior.

It grows wider in this age of power and technology.

LESSON TEE I had a great question sent in during the week to do with putting, and one of my favorite topics! – line or pace?

“Hi Tadhg, I have always wondered which is more important in putting, line or pace? My friend says it’s line but I’m not so sure.”

I distinctly remember growing up and hearing my father say,

There is no doubt in my mind that pace actually dictates line. I see golfers worry so much about the line that they end up making a poor stroke. I first saw Aimpoint back in 2008 at the Honda Classic, when I was working on tour, a green reading system, and no doubt a good one, but how many amateurs can actually make even a reasonable effort at a centered strike when putting?

Using the latest putting technology from Capto and Trackman, my humble opinion is very few! The first port of call when any player comes to me for help with his putting is set up and the mechanics of strike but at the first opportunity I transition to pace drills. Ask yourself this question, when was the last time you played a round of golf without a three-putt? Can’t remember, probably never?

The leader on the PGA Tour last year three-putted 1.48% of the time, like twelve times in over 800 hundred holes! Most amateurs need to learn how to judge pace, it is a major cause of three putts! If I had a red cent for every time an amateur comes to me and complains that he doesn’t hole his fair share of ten -foot putts?

The PGA Tour average is about 60% from this distance, the best putters in the world on pristine greens!

Here are a couple of drills I use to help my players with pace putting, as old as the pyramids and still good today!

(an apex is the high point of the putt, where gravity takes over!)

Find the biggest breaking side putt you can at your course, something with at least four or five foot of break. From long range, you and a partner, should try and see who can putt the highest along this slope and get nearest the hole. Try not to go more than two feet beyond the hole. The art of learning to die the ball across the hole will greatly help you to stop three-putting.

Most players I see under read putts, leading to pushing the right to left ones and pulling the left to right ones. I see it daily when using the Capto 3D putting system, same player, same distance, two different results depending on slope.

Set up four markers at these distances, make sure it is a severe uphill putt to start. Again, you and a friend try to putt as close to each marker, working your way along the line. When finished reverse it and putt downhill.

These are fun drills and will help you enjoy putting again.

QUOTES OF THE WEEK

Golf Is Hard – “It was an absolute grind. I didn’t swing it well from the get-go. It was really hard to find it. Just shows how important it is to build a lead sometimes when things are going well for you.” Eddie Pepperell

“Things going well for you,” is a slight understatement from young Eddie, he holed out for eagle on the par-4 10thin the final round, just days after making an ace!

Golf Is Hard – “I knew that even though I got off to a good start, I still needed to grind because there are some tough holes out there. Managed to hit some good shots and this is the result.” Marc Leishman

Leishman, with this win, booked his place to the Tournament of Champions in Maui next January. Eh, except he had already booked his trip to the Aloha state before winning! “I just booked them for Maui, thinking that I’ll either be playing in the tournament or we’ll go for a vacation there.” Prophetic?

Golf Is Easy – “I just played very solid all day long,” Langer said. “Putted well, hit the ball where I was looking and did everything exceptionally well.”

Sixty-one-year-old Langer shoots 62 in the opening round of the SAS Championship and never looked back to win by six. He has now won 38 times… on the Senior tour! 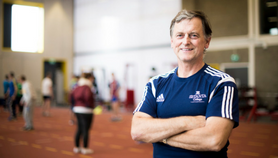 Final word and congratulations this week goes to two doctors! Dr. Liam Hennessy and Dr. Mike Voight who were inducted into the TPI hall of fame, they along with Lance Gill, were my go-to guys when I hosted a level one seminar for TPI in Dublin.

Well deserved, and as Albert Einstein once said,  “I have no special talent. I am only passionately curious.” Surround yourself with these type of people and the result is no accident!

Thank you for reading, it is much appreciated and we will talk some more golf on Friday!